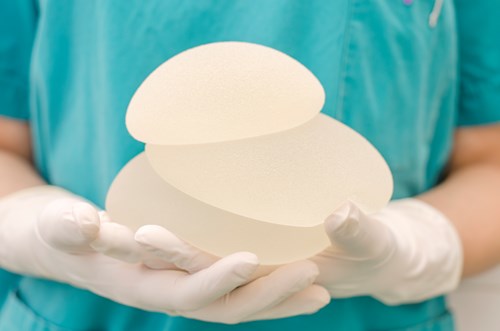 The registry is designed to capture all breast implant surgery carried out both privately and by the NHS, and is being produced in response to Recommendation 21 of the Keogh Review of the Regulation of Cosmetic Interventions.

The HSCIC has distributed information on this project for all providers of breast implant surgery. The implant registry was launched in October 2016.

Lee Martin has been appointed chair of the BCIR.  To download a letter from him please click here

The BCIR was set up as a consequence of the Keogh report to improve the quality of care and ensure patient safety.  The registry has now received NHS funding for England, Scotland and NI.  For the registry to fulfil its remit of identifying implant problems at an early stage, it is dependent on data quality and full case ascertainment.  At the present time, only about 52% of implants are being registered.

Data entry is mandatory for NHS patients and the GMC guidance states “contribution to national programmes to monitor quality and outcomes, including those of any relevant device registries must be performed”.

This survey of users is for us to see how we can improve participation and data collection.

The Breast and Cosmetic Implant Registry published its third annual report on 2 July 2020.  For the first time, the report covers a calendar year and includes Scottish data.

Between January and December 2019, 10 individuals were reported as having anaplastic large cell lymphoma (ALCL) at the time of their operation. The registry is not able to identify whether these cases of ALCL are instances of breast implant associated ALCL.

Submissions to the registry have increased in England.  17,635 operations were recorded in the registry between January and December 2019, compared to 15,230 during the same period the year before.

Scottish hospitals began submitting in April 2019.  Eight Scottish organisations have submitted data and 170 patients in Scotland have been recorded as having at least one operation in 2019.

The Breast and Cosmetic Implant Registry published its second annual report on 17 October 2019.  For the first time, the report included: high-level case ascertainment; breakdowns of device and mesh by manufacturer; and reported instance of anaplastic large cell lymphoma.

Between July 2018 to June 2019 15 individuals were reported as having anaplastic large cell lymphoma (ALCL) at the time of their operation. The registry is not able to identify whether these cases of ALCL are instances of breast implant associated ALCL.

The report also compares the activity recorded in the Breast and Cosmetic Implant Registry against the activity recorded in Hospital Episodes Statistics (HES) and Private Healthcare Information Network (PHIN).  This comparison suggests that between 1 July 2017 and 31 June 2018 just over a third of eligible surgeries were entered into the registry.  The comparison covers a different time period to the report due the availability of the comparative data.

Submissions to the registry have increased.  15,235 people had operations recorded in the registry between July 2018 and June 2019, compared to 13,860 the year before.

From 14 January 2019 patient consent is no longer required for their record to be added to the Breast and Cosmetic Implant Registry (BCIR).  The BCIR Steering Group, including representatives of ABS, BAAPS and BAPRAS have agreed this change with the Department of Health and Social Care. We would like to remind colleagues that submission of records to the BCIR is mandatory for NHS funded patients and is requested for privately funded patients being treated in any provider in England.

The registry is also extending to include patients having surgery in Scotland.  The Chief Medical Officer for Scotland will be informing colleagues in Scotland about this.  This extension to the collection has been approved by the Public Benefit and Privacy Panel and will not require patient consent.

Updated patient information leaflets, user guidance and further details about the registry are available from the website

If you or your team have any questions please contact the project team at NHS Digital at biregistry@nhs.net